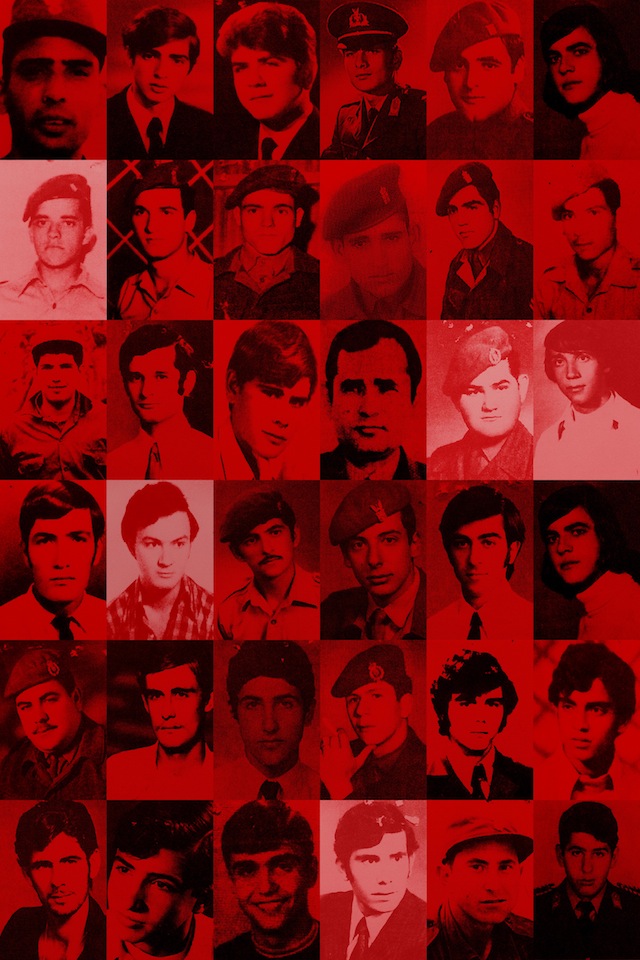 NiMAC [Nicosia Municipal Arts Centre, Associated with the Pierides Foundation] presents the exhibition ‘Where Have You Been?’ by artist Toula Liasi. The exhibition was initially presented at the ANNA@KV2 venue, The Hague, between 2 and 11 June 2018.

‘Where Have You Been?’ is an art project inspired by the personal story of Cypriot artist Toula Liasi, who has been living and working in The Hague for nearly four decades. Her only brother, who had been missing since the Turkish invasion of Cyprus in 1974, was found in a mass grave and identified through DNA in 2014, after forty long years. This overwhelming, emotional experience has triggered a flood of ideas for an art project that would address the problem of the missing persons in Cyprus. In creating this art project, the artist hopes not only to embrace aesthetic ways of looking at tragic events and painful situations, but also to illustrate how art has the power to unravel painful questions, deal with human emotions and at the same time negotiate issues of history, memory and politics.

The artist emphatically says that “normally, once the remains of missing persons are found, identified and properly buried, their relatives can close a long period of anguish and uncertainty. For me, after the call I received from the Committee on Missing Persons in Cyprus, that my brother was found in a mass grave and identified, the case didn’t close, but just began. I wanted to know everything. I wanted to come as close to him as possible. Till his very last moment.”

As the Director of NiMAC, Dr Yiannis Toumazis, points out:  “The project ‘Where Have You Been?’ is an agonizing call by Toula Liasi. A call to her brother, whose continuous tragic absence has defined her existentially and artistically, but also a call to us all, the viewers of her work. A call, the answer to which she herself devises with her work: everything we do, every action we take, each and every step of our earthly course, should be aimed at life rather than death. By activating her personal story, the artist, on the one hand, exorcizes her heavy fate –that of her enormous loss– while, on the other hand, she sheds light on key issues and questions, balancing with mastery between the emotional proximity and the distant and dispassionate observation.”

Biographical Note
Toula Liasi was born in Ayia Triada, Karpasia, Cyprus (1957), where she lived until 1975, at which time she left for Athens, Greece to study at the Veloudakis Art School (1975-1980). She continued her studies in The Netherlands, first at the Royal Academy of Art (Fine Arts) in the Hague (1980-1984) and later at the Willem de Kooning Academy (Education inArts) (2004-2006) and at Piet Zwart Institute (Education in Arts, MA) in Rotterdam (2013-2015).Toula Liasi presented her work in a number of solo exhibitions in The Netherlands, Greece and Cyprus and participated in various group exhibitions in several European countries. Since 1980, she has been living in The Hague, working as an artist and art-teacher. [www.toulaliasi.nl]