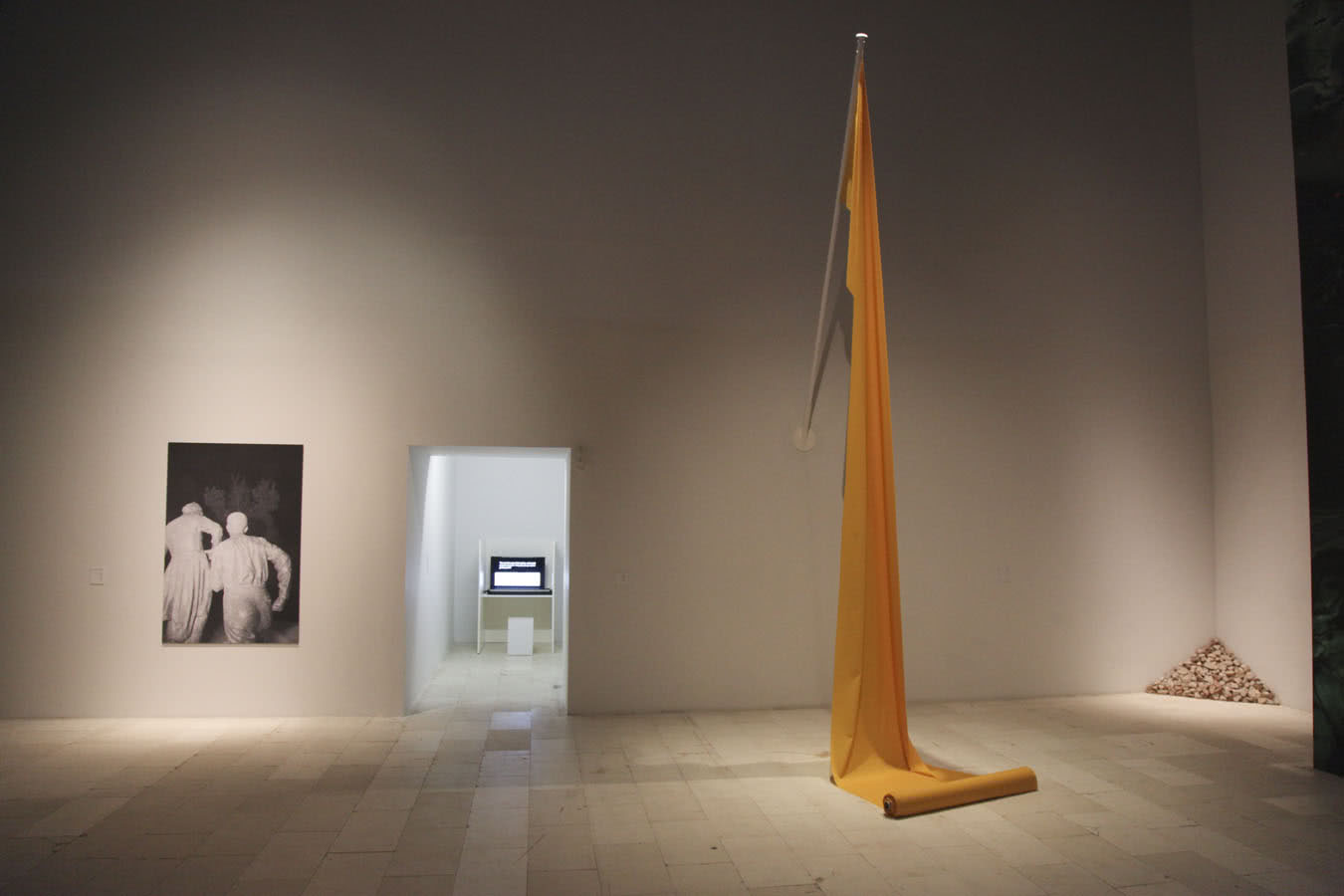 The exhibition at the Nicosia Municipal Arts Centre aims at detecting, investigating and presenting contemporary artists’ reflections on today’s universal landscape of economic, political, religious, social, but also deeply existential crisis of identity.
The Mediterranean, beyond being an enclosed sea, is in essence a political space and operates as a conduit for the transfer of great energy that dates back to antiquity, from the Orient to the Occident and vice-versa, and has included movements of people, innovative ideas and ideologies, in times of both peace and war.
Today’s world crisis is now universally recognised as affecting socio-political, economic, ethnic and cultural structures across the board. In addition, and to a very significant degree, the contemporary postcolonial realities of the Eastern Mediterranean region, an area with a marked colonial past and a charged geopolitical fate, contribute towards determining EastWest relations.
A dynamic group of 41 artists from Cyprus, the surrounding area and beyond (Greece, Egypt, Israel, Lebanon, Turkey, Bulgaria, Great Britain, United States) will be scrutinising the current turbulence experienced globally, especially as viewed through “Mediterranean” eyes, from both a political and a poetic stance.
Within the framework of the exhibition some of the participating artists will collaborate with the Research and Restoration Centre of the Museums of France housed at the Louvre Palace, aiming to produce new works inspired by their research in the Louvre Museum.