An exhibition of contemporary art, a conference and a series of parallel actions
Exhibition Opening: 7 April 2017, 20:00

Pafos2017, European Capital of Culture presents in Nicosia and in Pafos Terra Mediterranea: In Action, a project that includes a major contemporary art exhibition, an international conference and a series of parallel actions with the participation of a great number of artists from Cyprus and abroad. The project is organised by the Pierides Foundation and the Nicosia Municipal Arts Centre (NiMAC) and is curated by Dr Yiannis Toumazis.
Terra Mediterranea: In Action aims at detecting, investigating and presenting the reflections of contemporary artists on today’s universal landscape of economic, political, religious, social, but also deeply existential crisis of identity, especially as viewed through “Mediterranean” eyes, from both a political and a poetic stance.
The tragedies currently taking place in the Mediterranean Basin bring again to the fore the importance of this enclosed sea, which may be characterised as a “liquid continent” that is an extremely political and politicised space. One could also argue that the Mediterranean is for Europe the “irrational underbelly that brings disorder, border breaching, colonial phantoms, and an uncanny claim to a common, mythically glorious, ancient past.” [rivistapolitics.wordpress.com]. Today, this multifaceted and complicated entity, for years marginalised in western eyes as an orientalist haven of corruption and backwardness, has become an obvious and unavoidable focus of political action.
In particular, the Terra Mediterranea: In Action exhibition intends to illustrate how, in this era of globalisation and the increased visibility of “peripheral” artistic activity, contemporary artists from the Mediterranean region and the international art scene negotiate issues of history, memory and politics. The exhibition includes a variety of presentational formats such as visual works, performances, theoretical discussions, film screenings, talks, literature and poetry readings, public interventions and educational programmes.
A different version of the project was organised and presented in collaboration with Halle 14 in Leipzig, in September 2016, co-curated by Yiannis Toumazis and Michael Arzt. 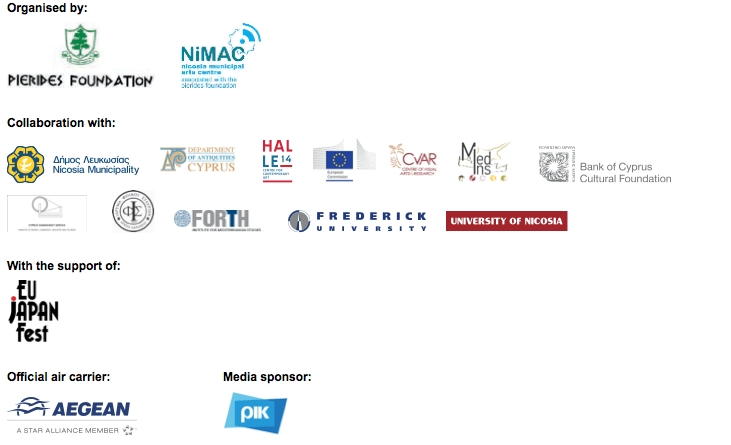 The work A Book of Small Things is a pocket size book collection that can be carried lightly and also can be approached as a notebook or sketchbook. Panayiotis Michael, taking on the callings of a performing publisher, invited nine writers and visual artists from different backgrounds to contribute by offering material that they have collected, pieces that have appeared elsewhere independently, or written for the first time.

Michael welcomed fragments, seemingly “incomplete” lines, notes, scribbles, neglected texts on art or from a lecture, and social commentary. Each contribution appears in an individual book adjoining the other writers’ books.

To present this book collection, Michael invites performers to walk, in live action, through art museums and/or art centers, reading fragments of their own choice to visitors, artworks, guards, etc.