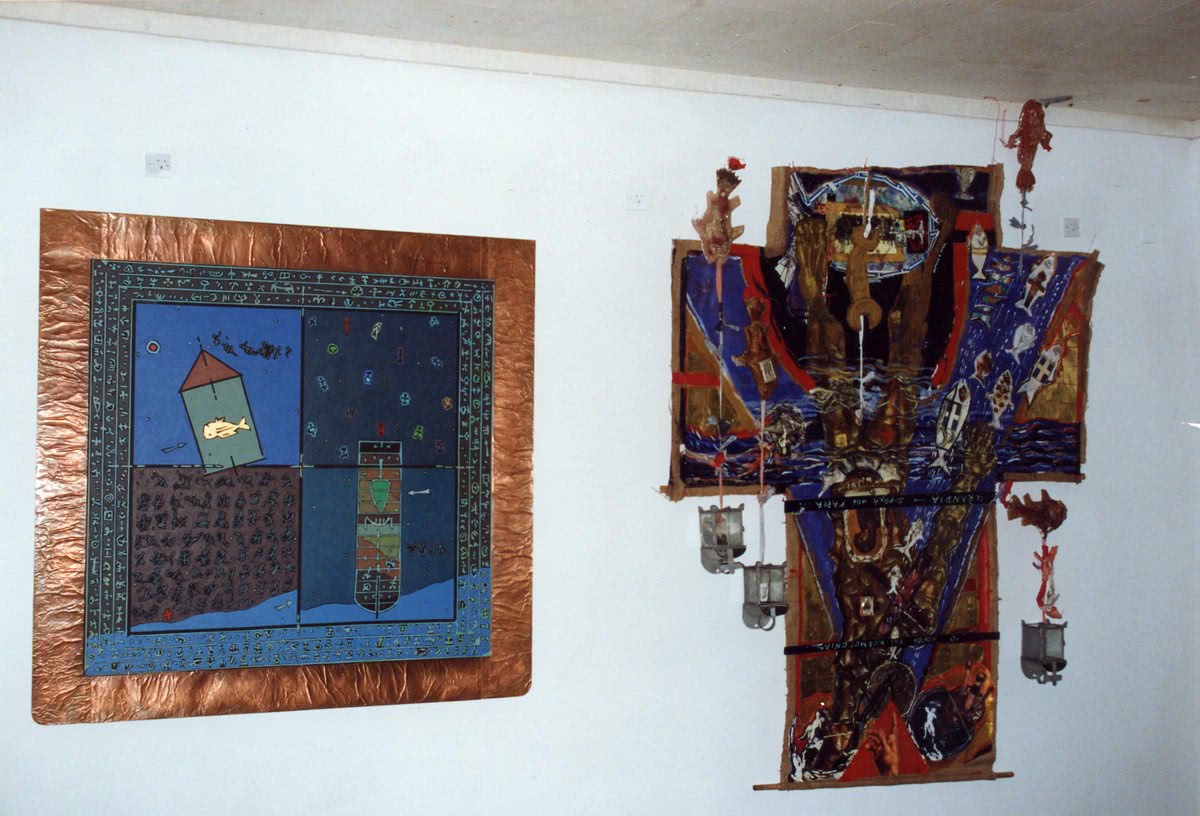 An important exhibition focusing on the fish which brings out the relationship between Nature and Art is organized with the participation of many Greek and Cypriot artitsts. The exhibition, based on D.Z. Pierides idea, was first presented in Metsovo and then in Glyfada. In Nicosia, the exhibition was enriched with 24 works by Cypriot artists.

Man used the fish as a symbol of present and future life. From the first engravings on rocks of the prehistoric caves and the tools made of fish and the first Christian catacombs to the Sumerian myths and the Medieval divination, the fish defines its own mythology.
The exhibition starts from palaeolontological finds and fish remains continues Archaic and Medieval ceramics and ends with the most recent expression of art creation in Greece and Cyprus.