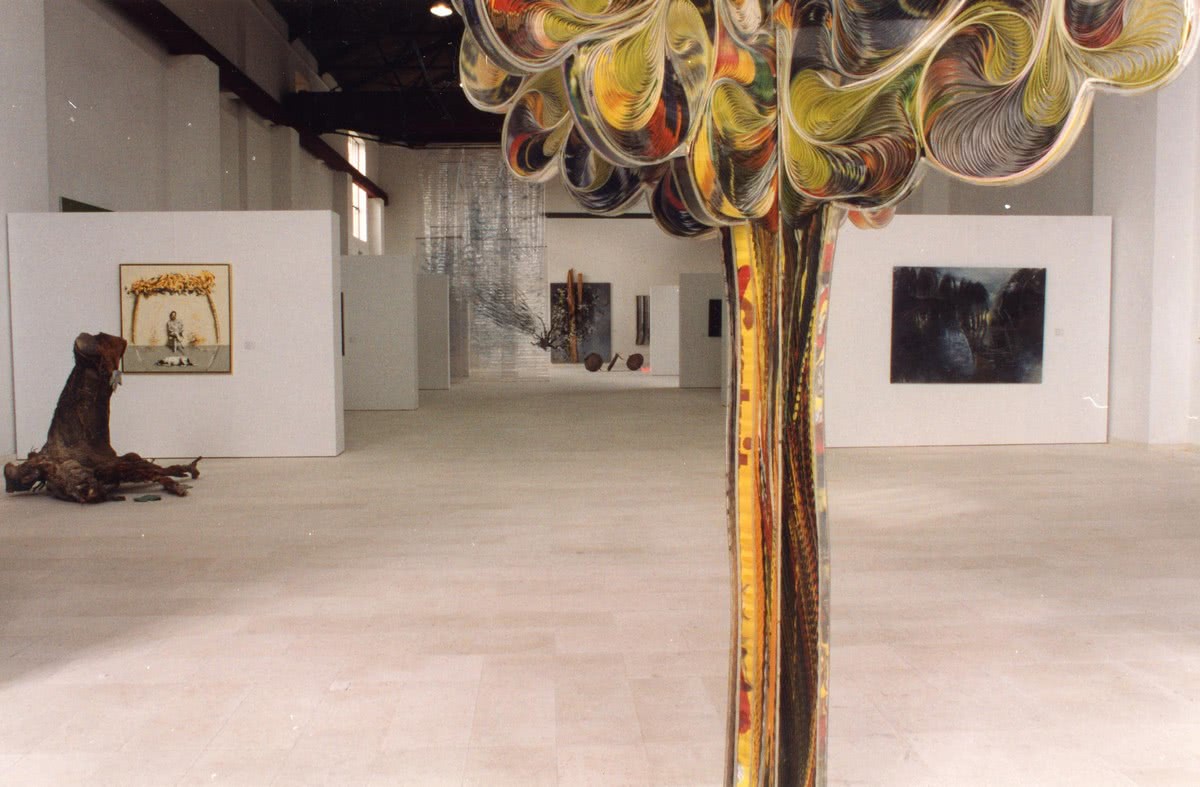 The opening of the exhibition “The Tree, Source of Inspiration-Cause for Creativity” marks the beginning of the Nicosia Municipal Arts Centre. The building and the exhibition were inaugurated by the then President of the Cyprus Republic, Mr Glafkos Clerides.
The tree, symbol of internal renewal of life, appears in art diachronically. In Mesopotamia and Mediterranean people, in ancient Greece, in Medieval, in Byzantium until the 20th and 21st century the tree is attributed in various ways: within the art movements of impressionism, expressionism and fauvism.More recently, through the avant-garde and experimental movements, the tree suggests new relationships with the natural world and ecological destruction.