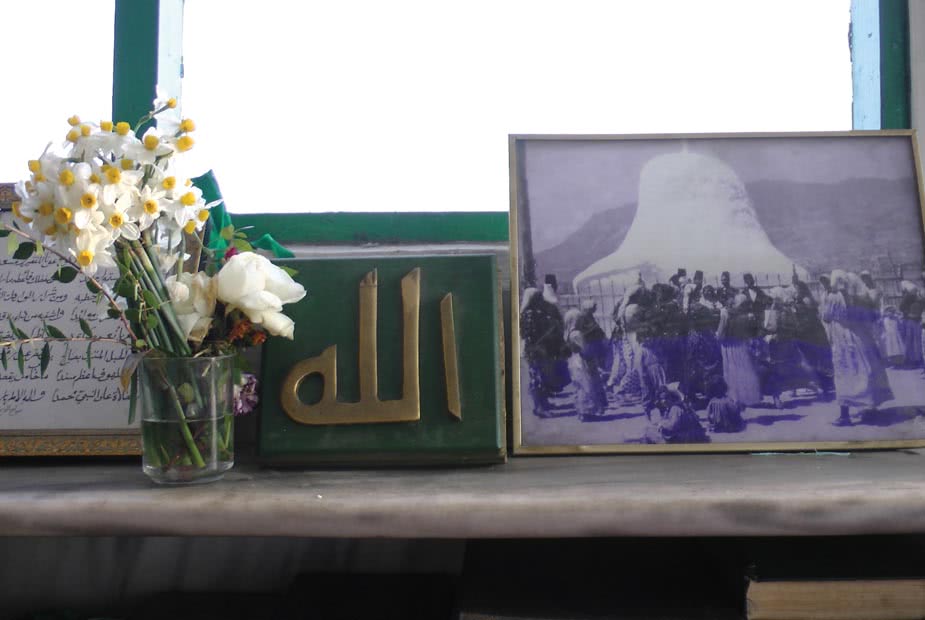 Anthropological talk: “Violence and Spirituality: Evocations of the Mystical ‘Khidr’
in the Shadow of the Syrian War”
Yael Navaro & Emrah Gokdemir

Within the framework of Pafos 2017, European Capital of Culture, and the Terra Mediterranea: In Action project, the Nicosia Municipal Arts Centre, Associated
with the Pierides Foundation presents the anthropological talk by Yael Navaro
in conversation with a film made by Emrah Gokdemir: What Khidr Says to Moses: Turn Around Me.

Yael Navaro presents her project “Living with Remnants: Politics, Materiality, and Subjectivity in the Aftermath of Past Atrocities in Turkey”, part from her research in Antakya (Antioch) in south Turkey. This project studies relations between people and material spaces after the 1915 Armenian Genocide in Turkey. Navaro’s specific ethnographic research focuses on Antakya (Antioch) in south Turkey (close to the border with Syria), where she has been conducting work on violence and spirituality.

Yael Navaro is Reader in Social Anthropology at the University of Cambridge, where she has been teaching since 1999. A native of Istanbul, she studied at Robert College, leading onto Brandeis University for a BA in Sociology, and Princeton University for a Masters and a PhD in Anthropology (1998). Prior to the University of Cambridge, she taught at the University of Edinburgh for two years, and she has also held Visiting Professorships at the Ecoles des Hautes Etudes en Sciences Sociales (Paris), the University of Cyprus (Nicosia), and the Australian National University (Canberra). In addition to many articles, Navaro is also the author of two books: Faces of the State: Secularism and Public Life in Turkey (Princeton University Press, 2002) and The Make-Believe Space: Affective Geography in a Postwar Polity (Duke University Press, 2012). The latter is an ethnographic and theoretical meditation upon the space of the northern part of Cyprus post-1974 and prior to the opening of check-points with the south of the island. Navaro is best known for her work on peoples’ engagements with spaces and objects left behind in post-war environments.

Born in Antakya, Turkey, in 1984, Emrah Gokdemir is a painter, video maker, graphic designer and performance artist. He was a member of A77 Art Collective, which was founded in Antakya in 2005. In 2010, he worked as production manager in the 2nd International Antakya Biennial. He is also one of the founders of AGÜSAD, the Antakya Contemporary Art Association, which was established in 2011 by young contemporary artists living in Antakya. He has exhibited his works both locally (in Istanbul art venues and other cities in Turkey) and internationally (in Germany, Poland, Ukraine and the United Kingdom).

Τhe presentation will be in English.