Official kick-off of the big project “Open Up”, coordinated by Pierides Foundation within the framework of the European Programme for Culture, “Creative Europe”

Within the framework of the European Programme for Culture, “Creative Europe”, Pierides Foundation has secured one of the most competitive European programmes for large scale cooperation projects. Such a huge success (coordinator in a big multiannual cultural programme) takes place only for a second time in Cyprus since 2004, when Pierides Foundation had once again secured funding for the proposal Crossings under the “Culture 2000” programme.

Specifically, out of 348 large scale collaboration projects that were submitted to the European Commission, funding was approved for only 23, including “Open Up”, which was submitted by Pierides Foundation in partnership with six other big cultural organisations and academic institutions from six countries (Finland, France, Greece, Portugal, Spain, Sweden).

“Open Up” explores the ways in which culture can play an important role in tracing new paths for creative dialogue and interconnection amongst different societies and groups of people in cities across the European Union. We live in partitioned times, characterized by segregation, xenophobia, racism and rejection of diversity. “Open Up” was created as an answer and a solution to these phenomena and aims, through the arts and creativity, to enhance values, like that of human dignity, which can be achieved through knowledge and education. The project addresses marginalized communities and aims to bring to the surface and promote underrepresented talents, by providing the participants with training and knowledge, thus replacing disappointment and pessimism with hope and optimism.

The main aim of the project, which will last until 2023, is the establishment of a complete framework of actions that will give the opportunity to talented artists from various marginalized groups and environments of the seven cities of the participating organizations, to be educated, to acquire the needed knowledge and skills, and to establish, create and develop viable techniques, in order to promote their work through their creative production.

Through its various activities, which will soon be announced, the project intends to create a strong and active platform for creative synergies and collaborations. The main aim of the “Open Up” programme is the establishment of sustainable art practices amongst marginalized communities, which will contribute to the promotion of artists, designers and craftspeople, targeting in particular young people. 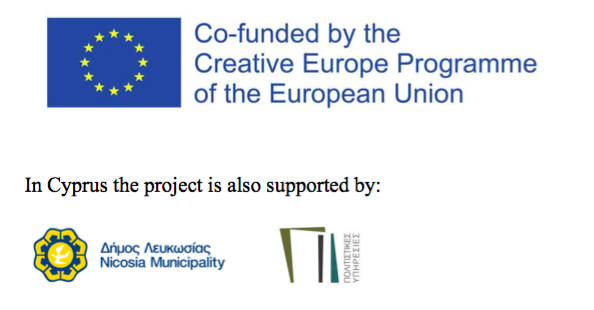