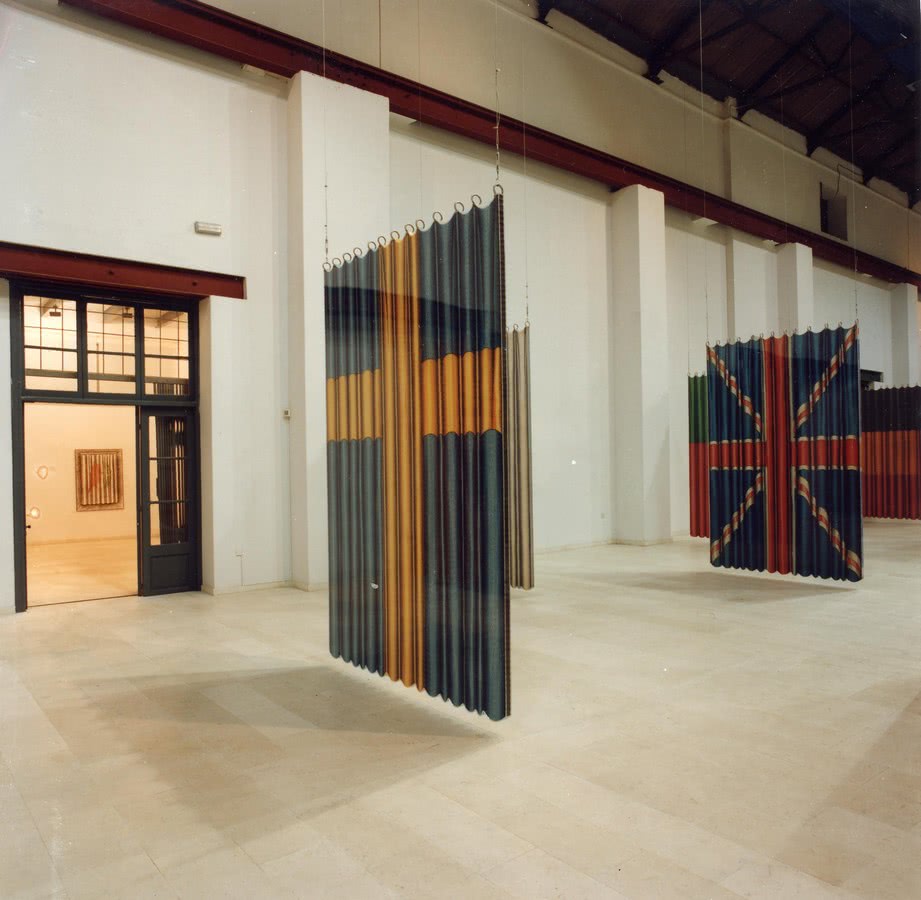 The exhibition European Environment of Hope of the Greek artist Pavlos, is organized within the framework of the European Cultural Month 1995.

It is an impressive environment which consists of the flags of all the European Union member-states. In 1985, Melina Mercouri, had appointed Pavlos to create the flags of the then twelve member states of EU within the framework of the declaration of Athens as the first cultural capital of Europe. “This environment” said the artist, “expresses my vision and hope for one Europe with common consciousness and open borders. One Europe-One Country”.