The Drone Vision: Warfare, Surveillance and Protest project addresses questions of visibility and verticality intrinsic to the operations of drone technology and its meanings for artistic and political praxis.

For the exhibition at the Nicosia Municipal Arts Centre, Associated with the Pierides Foundation [NiMAC], the commissioned artists Efi Savvides, Stelios Kallinikouand Ran Slavin, who have been selected following an open call, have produced works that respond to the visual and material consequences of drone technologies in the context of Cyprus and the wider region of the southeastern Mediterranean and the Middle East.

Efi Savvides explores mechanisms of power and authority in relation to a stateless Kurdish family from Syria, who has been continuously protesting since 22 March 2017 outside the Presidential Palace and the Ministry of Interior in Nicosia, while in 2014 went on a hunger strike that lasted 57 consecutive days. Savvides is in daily contact with the Hassan family and systematically records their struggle for Cypriot citizenship. Stelios Kallinikou deals with colonial surveillance policies, from the Byzantine/medieval castles of the Pentadaktylos mountain range to the modern HAARP (High Frequency Active Auroral Research Project) located in the British sovereign base areas of Akrotiri and Troodos. Ran Slavin is studying the aesthetics of drone surveillance and depicts the geological scars and war remnants of five deserted military locations in Israel –army strongholds, fire zones, shooting ranges and urban warfare training facilities– and juxtaposes them with both the personal and the political scars that are engraved and marked on the private, human body.

Part of a triptych of exhibitions with the other two partner arts centres, the Hasselblad Centre in Gothenburg and the Zahoor Ul Akhlaq Gallery of the National College of Arts in Lahore, the project is an endeavour to produce a “geography of thinking” that makes apparent the differential meanings of seeing without being seen and of vulnerability and resistance. This network of partners is presented on three screens on which views from above the cities of Gothenburg, Nicosia and Lahore, staged by artist Vicky Pericleous, are shown, as well as in the shared audio plays of three international roundtables hosted in Gothenburg in 2017.

The exhibition at NiMAC is curated by Yiannis Toumazis, the exhibition at the Hasselblad Centre in Gothenburg by Sarah Tuck and Louise Wolthers, and the one at Zahoor Ul Akhlaq Gallery in Lahore by Imran Qureshi.

The Drone Vision: Warfare, Surveillance and Protest project is a collaborative initiative between Valand Academy, Gothenburg University and the Hasselblad Centre. Led by
Dr. Sarah Tuck, the project examines how drone technologies alter the material assemblages through which warfare, surveillance and protest take place.

Programme:
Sunday, 20 May 2018
11:00 Opening and guided tour with the artists (in English)
12:00 Meal and music with Dj Sofronis Sofroniou at NiMAC’s courtyard

Monday, 21 May 2018
19:00 “Selfies with the Dead: A Preface to the Question of Political Community with the Dead”. Lecture by Mick Wilson, Head of the Valand Academy, University of Gothenburg.

In the framework of Drone Vision: Warfare, Surveillance and Protest, an international seminar with participants in the project from Gothernburg, Nicosia and Lahore will take place on 14 September 2018 at Hörsalen Gothenburg Museum of Art, and a public panel discussion on 15 September 2018 at Trappscenen Gothenburg City Library.

Stelios Kallinikou is a photographer living and working in Nicosia. He studied History and Archaeology at the Aristotle University of Thessaloniki, Greece and Photography with a scholarship from IIEK ESP. His practice intersects space and place, time and history, as manifestations of multiple interweaving discourses of meaning. He is in constant dialogue with the act of seeing whilst considering new possibilities and limits for the photographic medium. His work has been presented in solo exhibitions and group shows in Cyprus and abroad: Encontros da Imagem in Braga, Portugal (2014), the Equilibrists, a project organized by the New Museum, New York and the DESTE Foundation, Athens, Greece (2016), Point Centre For Contemporary Art in Nicosia, Cyprus (2017), APHF, Benaki Museum, Athens, Greece (2017), NiMAC (Nicosia Municipal Arts Centre), Nicosia, Cyprus (2018). In 2015 he was nominated for the Pla(t)form Fotomuseum Winterthur and in 2016 for the global award Prix Pictet. In 2018-2019 he will be a resident at the Künstlerhaus Bethanien in Berlin, Germany.

Vicky Pericleous is a visual artist and lecturer at Frederick University, in Cyprus. She has studied at Manchester Metropolitan University, Wimbledon School of Art, and the Academy of Fine Arts in Venice, Italy. Her work has shown in exhibitions at venues including Espace Commines, Paris; Evagoras Lanitis Centre, Limassol; and Omikron Gallery, Art Seen, Bank of Cyprus Cultural Foundation, and NiMAC, all in Nicosia. Pericleous exhibited in Monodrome, the 3rd Athens Biennale, and at Sanat Limani, as part of the European Capital of Culture Istanbul 2010, and she participated in the project “Uncovered: Nicosia International Airport,” 2010-13.

Efi Savvides is a visual artist and educator based in Nicosia. She has presented work in solo and group exhibitions in Cyprus and abroad, most recently Planetes, for the European Capital of Culture Paphos 2017. Savvides has also shown at the 21st Ljubljana Biennial of Graphic Arts, the 4th International Cairo Biennale, and the 5th Thessaloniki Biennale of Contemporary Art. Her work has appeared in shows at institutions including House of Cyprus and Benaki Museum, both in Athens; European Economic and Social Committee, Brussels; Espace Commines, Paris; Goethe Institute, in Thessaloniki; as well as NIMAC, Thkio Ppalies, and Phytorio, in Nicosia. 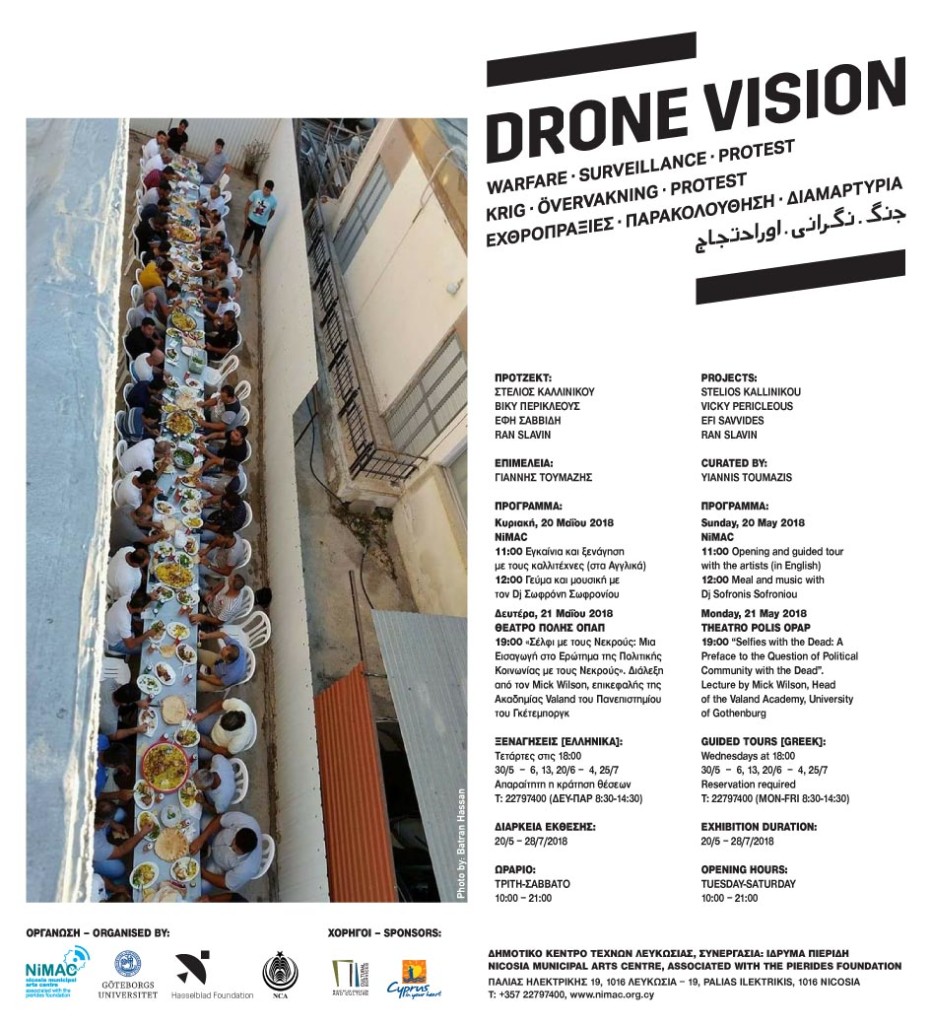