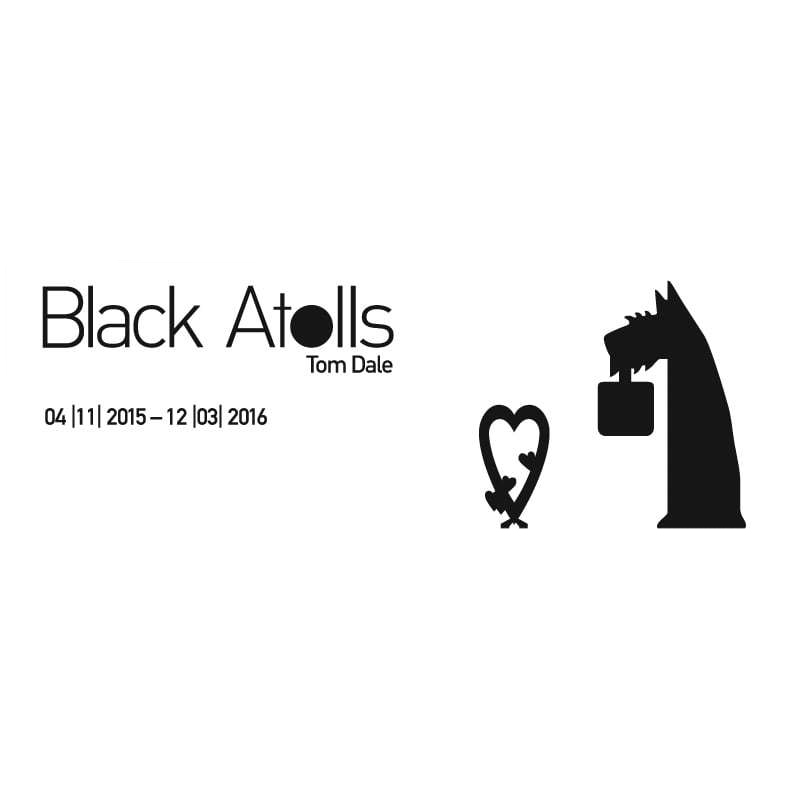 The Nicosia Municipal Arts Centre, Associated with the Pierides Foundation (NiMAC) organises and presents the exhibition Black Atolls by British artist Tom Dale. The exhibition will run from 4 November 2015 to 12 March 2016 and draws upon his long association with NiMAC, where he has been a resident and participant in a number of previous exhibitions [Body Works (2004), Terra Mediterranea In Crisis (2012), Other Indications (2012-2014)]. For Black Atolls, Tom Dale produces a customarily ambitious and diverse body of work especially for NiMAC.

Undaunted by scale or material, Dale is as happy to treat the sky as a found object as he is an axe or a trumpet. Through a mixture of sculpture, performance and film, he will utilise the full expanse of the NiMAC galleries to produce an irreverent examination of both personal and political forms of representation, considering how to negotiate this sometimes futile pursuit of meaning.

Key to the exhibition will be an important new body of work, which will occupy the central gallery space. Rising from the floor and extending from the walls, a series of “Atolls” or sculptural tableaux will use carpets taken from a mixture of abandoned and condemned interior spaces. Incisions into the body of the carpets open them out to operate like portals to redundant destinations, dead ends for hopes and aspirations.

For Dale, they are objects that problematise images, highlighting the way in which too quickly images become the definition of an object or experience, but also a mask for it too. Taking their cue from an earlier series of digital images, “Vision Machines” (2010), Dale applies the logic of digital images to these objects to make sense of the changing dynamics between interior/exterior space. This he sees as something borne out of the impact of digital and virtual space and the implicit politics within this.

Central to the exhibition will be the work Terminal Blue – consisting of a giant-sized colour swatch towed across the sky by an airplane, which details the shift of colour from dark blue to light blue. A copy of the swatch will be printed in the local press, along with their commercial paints names. Seen across the skyline at a specific time, people in the city will have the opportunity to make a comparison with the colour swatch and sky that day, as well as proposing their own names for the colour of the sky that day using a blank swatch that is printed alongside that of the artist’s.

Just as the sky and the infinite become, through the potential of language, something tangible for Dale, so the depths of the sea become a container for the illusive. “A cage for Voices”, a new film work made underwater in Izmir, Turkey, is as much a sound work as it is a film. Disembodies voices narrate the slow fall of rocks thrown into the ocean, whilst boats pass by overhead. Seen alongside a new sound work “The Vanishing Mediator”, made up of field recordings of crowds and audiences, it quickly becomes apparent that what Dale is keen to examine within this exhibition is how and where we find a voice to articulate ideas that represent and define ourselves as groups and individuals.

According to the Director of NiMAC, Yiannis Toumazis, “Dale’s research focuses upon how evidence of these nebulas and the undefined space of exchange, where signs, symbols, images, and abstract information mix freely, manifests itself in both the United Kingdom and Cyprus. Taking as its starting point the modern man-made ruins –the modern deserted architectural constructions– scattered across the Cypriot landscape, the research documents and presents the ways in which it is possible to live and negotiate with this abstract space on a day-to-day level.”

Accompanying Black Atolls will be a fully illustrated publication, “Volatile Structures”, produced in partnership with the John Hansard Gallery, Southampton. It features contributions from the writer Brian Dillon, curator of the recent Ruin Lust exhibition at Tate Britain, Jon Wood, research curator at The Henry Moore Institute, and curator and critic Jennifer Thatcher.

Tom Dale was born in Kendal, United Kingdom, in 1974. He lives and works in London. 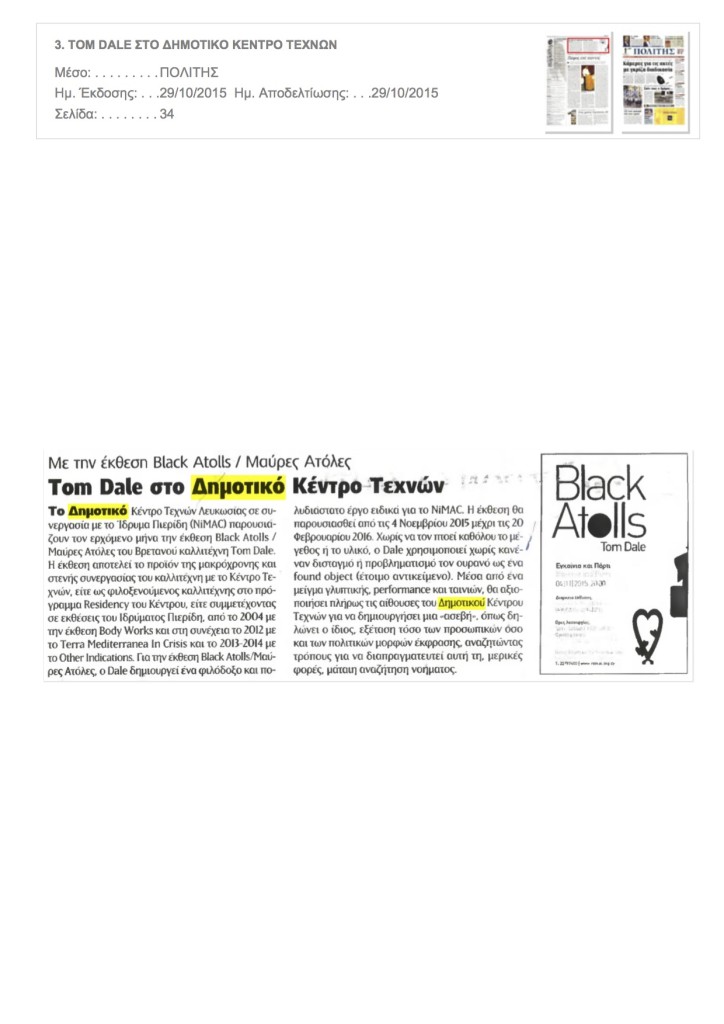 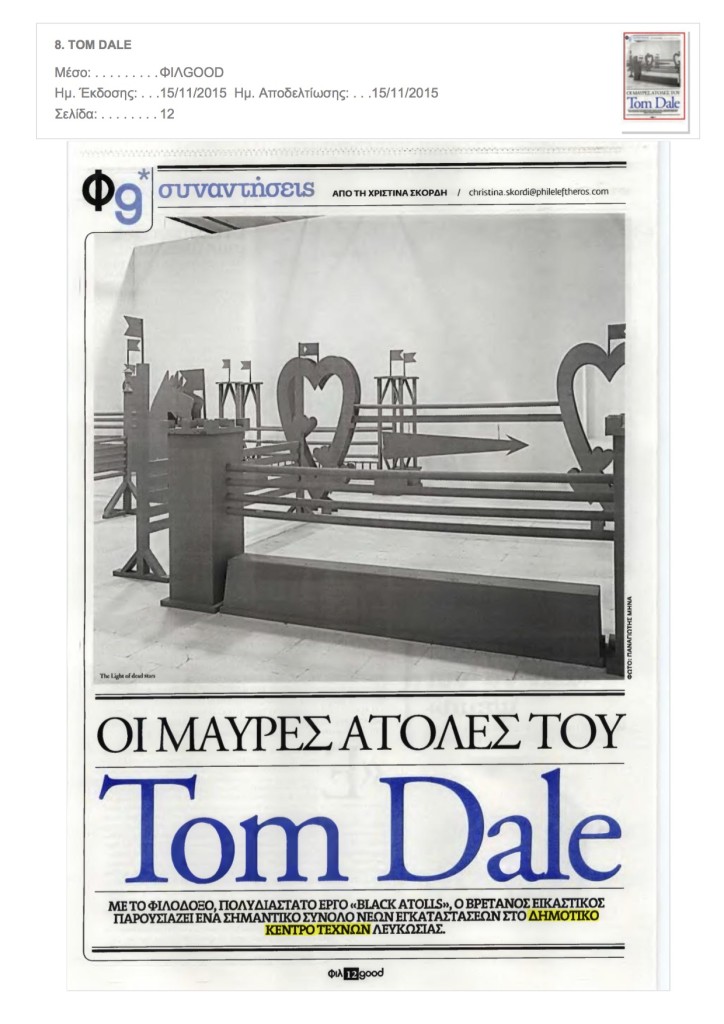 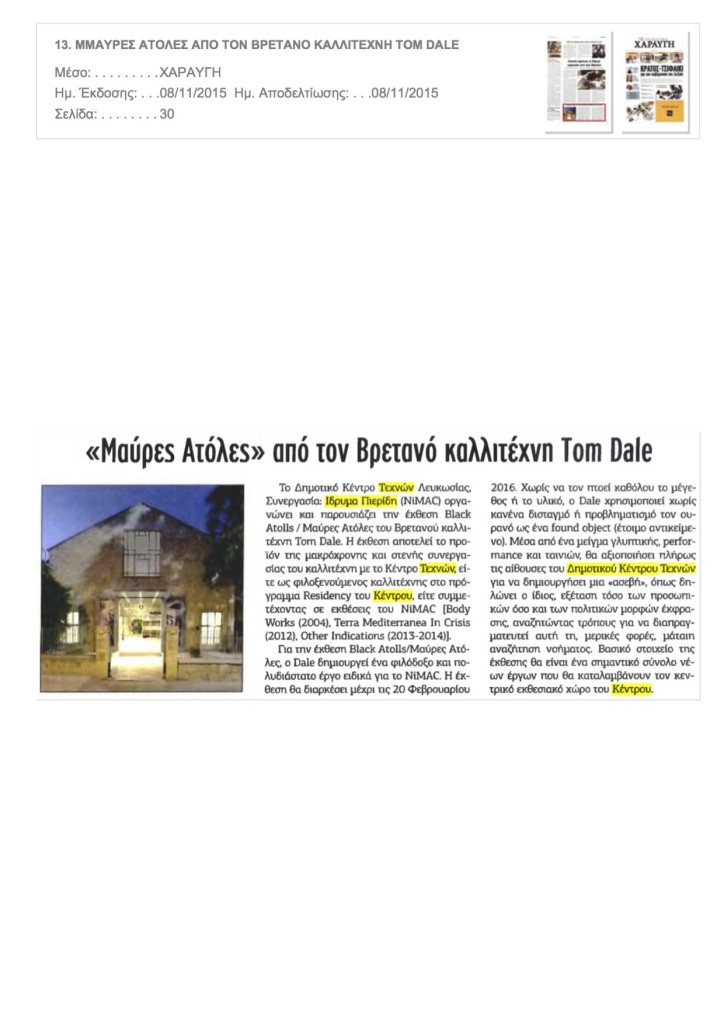 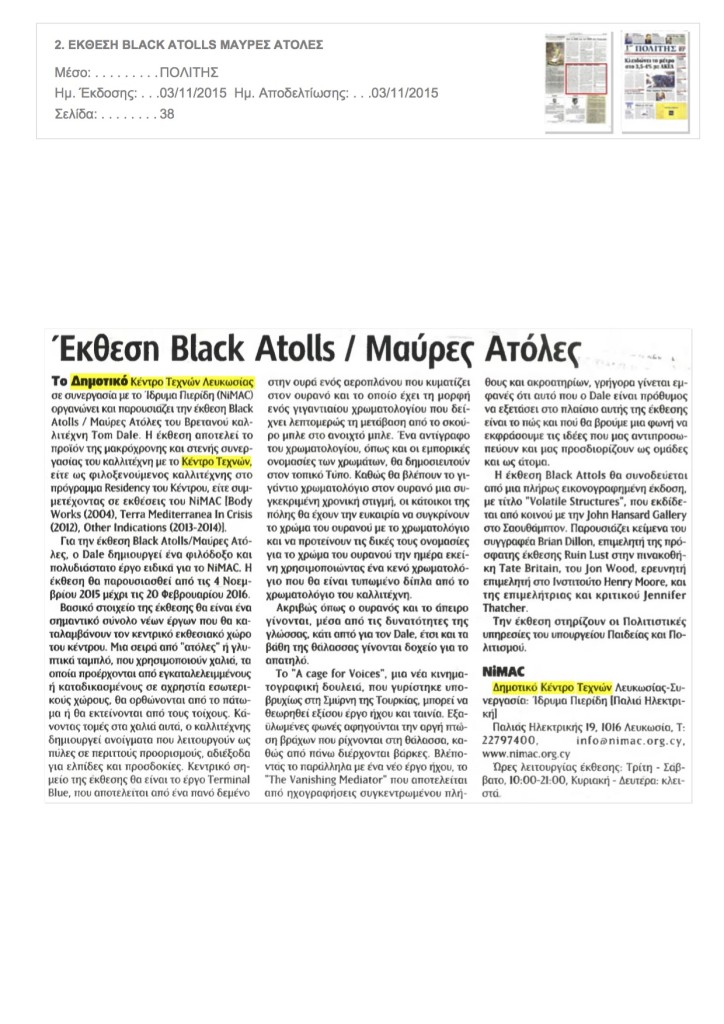 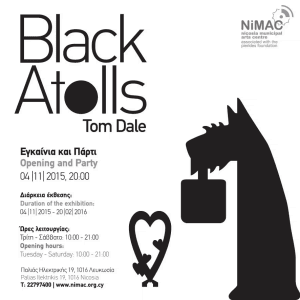