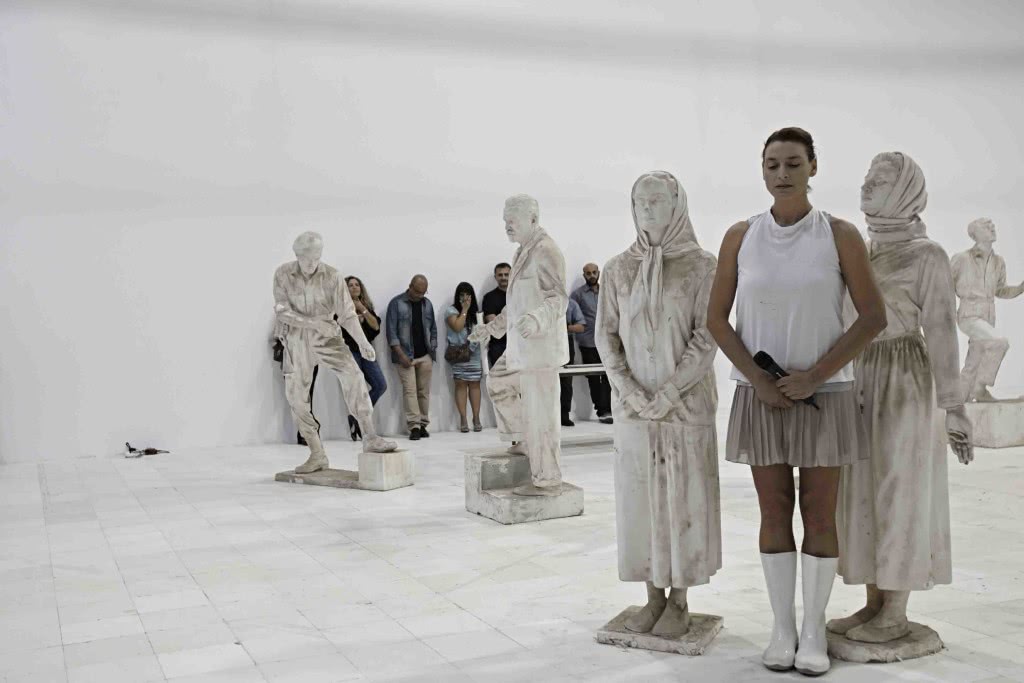 In The Record Replay React Show – Re-sculpting Freedom, Haraki reacts to the sculptural studies for the Liberty Monument in Nicosia, exhibited in the space. These plaster models by Greek sculptor Ioannis Notaras, were retrieved by Yiannis Toumazis in Larnaca several years ago, and ignited a creative process between the artist and the curator. This process resulted to an on-going project by Haraki and Toumazis dealing with the performative energy of spaces of history, memory and trauma. The project attempts to energise healing processes as well as mechanisms of forgiveness through a critical reflection of the recent history [of Cyprus] both from a performative and from a theoretical approach. Through participatory practices and critical engagement of the public, the project seeks to re-enact socially and politically haunted spaces and transform them into tools of reconciliation and rapprochement rather than apparatuses of nationalism and intolerance.

In The Record Replay React Show the artist is able to compose the piece live on stage, by producing and recording sound with the support of live loop recording. Once the first layer of the structure is recorded, it gets replayed, and the performer reacts on the already existing layer, thus creating more layers while navigating herself from order to chaos.

The first version of the piece was a solo performance Haraki made with the help of sound artist Christos Hadjichristou at the Rialto theatre in Limassol. The piece was presented again in different versions by keeping the performance method while changing the form by reacting to new sceneries and landscapes. The Record Replay React Show – Re-sculpting Freedom was produced after Yiannis Toumazi’s invitation to work with the sculpture figures.