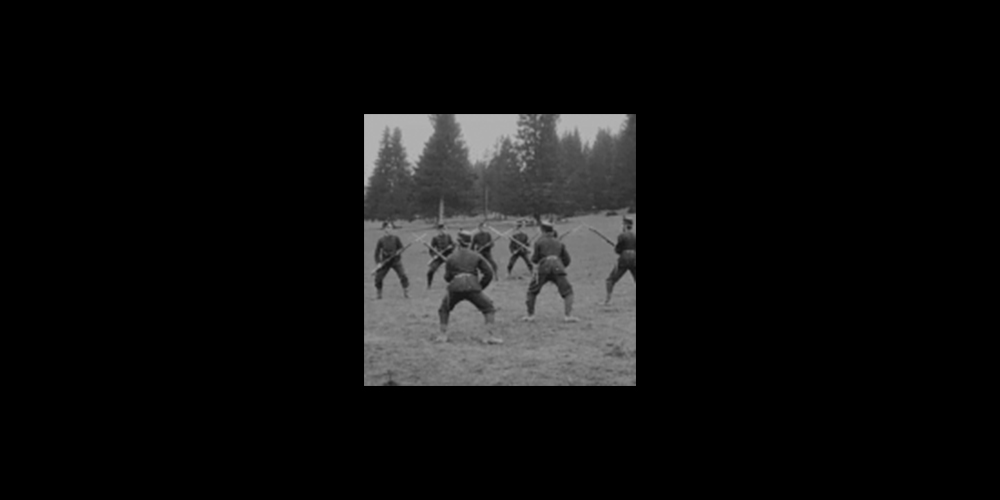 Within the framework of Pafos2017, European Capital of Culture, and the Terra Mediterranea: In Action project, the Nicosia Municipal Arts Centre, Associated
with the Pierides Foundation presents the lecture Refraction of history: miracles and rituals by Sofia Bempeza.

Concepts and narratives that consolidate the construction of national identities have been crucial for the formation of the nation-states throughout modern European history. In her work Refraction of history: miracles and rituals Sofia Bempeza revisits early nationalistic filmmaking in Switzerland and Greece and shows how documentary film production became an instrument of patriotic agitation, while cinematic apparatuses had been employed to depict the rituals of Warfare.

Refraction of history: miracles and rituals focuses on the historical documentary “L’ Armée Suisse” (Robert Rosenthal, 1918) commissioned by the Swiss Military Department and on the unfinished film “The Greek Miracle” (Demetrios Gaziades, 1921/1922) commissioned by the Hellenic Ministry of Foreign Affairs. The archival research for this project revealed ministry documents related to the film production of “The Greek Miracle” as well as historic material regarding the political situation in Asia Minor in the beginning of the 20th century.

Sofia Bempeza is an artist and art theorist based in Zurich. Her work (text, performance, interventions, research) is focused on the politics of public spaces, gender identities, divisions of labour, art and knowledge production. She studied at the Athens School of Fine Arts and at the University of the Arts Berlin (UdK), as stipendiat of Alexander S. Onassis Foundation, and pursued her Ph.D. at the Academy of Fine Arts Vienna (2017). Her Ph.D. thesis explores agonistic conflicts (H. Arendt and C. Mouffe) and dissentious confrontation (J. Rancière) in relation to contemporary art practices after the turn of the millennium. She worked as associated lecturer at Zurich University of the Arts (2011–2017). She is a board member of Shedhalle Zurich. Exhibitions, curatorial projects and publications: http://sofiabempeza.org/