A unique art exhibition with works by students of the Rizokarpaso High School and the Peace and Freedom Deryneia High School, and presentation of Toula Liasi’s book of the same name.

The exhibition will be opened by the Presidential Commissioner for Humanitarian Issues and Overseas Cypriots Mr. Photis Photiou, on Tuesday, 7 June 2016 at 19:30
Duration: 7 – 17 June 2016

Home is a powerful word – one that is central to our lives. But what does it mean? Is home a place? Is it a geographic location? Is it an architectural structure? Is it a town or a village, a building, or a garden? Is home a house in which we live? Is it a feeling attached to a specific place? Or is home made up of the people – friends and family – around us? Is it physical or imaginary, conceptual or psychological? Is home part of our identity?

How is home, in particular, related to educational theories and practices, notably art education, which has a creative and expressive language all of its own? Do home and identity as addressed in art education acquire an extra dimension in areas of conflict?

“Home and identity” form the framework on which artist and art teacher Toula Liasi based her research: a project that seeks to give answers to the question of how these themes may be integrated in art education in areas of conflict, where home and identity are constantly transformed, redefined and negotiated.

The focus of her research is on two high schools: the Rizokarpaso High School and the Peace and Freedom Deryneia High School. Thirty students participated in the project: writing narratives and producing artworks, which were then analysed in order to determine what factors influence the students’ individual constructs of home and how these interplay with their identities.

The publication of the book is under the auspices of the Presidential Commissioner for Humanitarian Issues and Overseas Cypriots, Mr. Photis Photiou and was made possible with the generous sponsorship of Cyprus Telecommunications Authorities.

Toula Liasi was born in Ayia Triada in 1957 and lived there until she was eighteen years old. In 1975, after being enclaved for a year, she left her house in order to study, first in Greece and later in The Netherlands, where she went to complete her studies in art.

Twenty years went by before she was finally allowed to return to her house. At first for a couple of hours, later for a few days and since April 2003, after the opening of the barricades, she was allowed to stay for three months, however, as a tourist rather than a resident.

With her parents enclaved and her brother missing for forty years -–recently found in a mass grave and identified through DNA test-– Toula feels the need to use her professional artistic platform not only to express herself, but also to focus attention on the difficult life of the enclaved.

The fact that Toula lives in a free country such as The Netherlands makes the contrast between her two worlds all the more evident. As an artist, who believes in the power of art, she created the last decade two art projects dedicated to her fellow villagers. Achaeans Coast (2004) and Rusted Evidence (2013). In these art projects, she aimed to capture not only the dignity, loneliness, quiet resistance and hope of the mostly very elderly people, but also the deterioration of life in the enclave over the past forty two years. 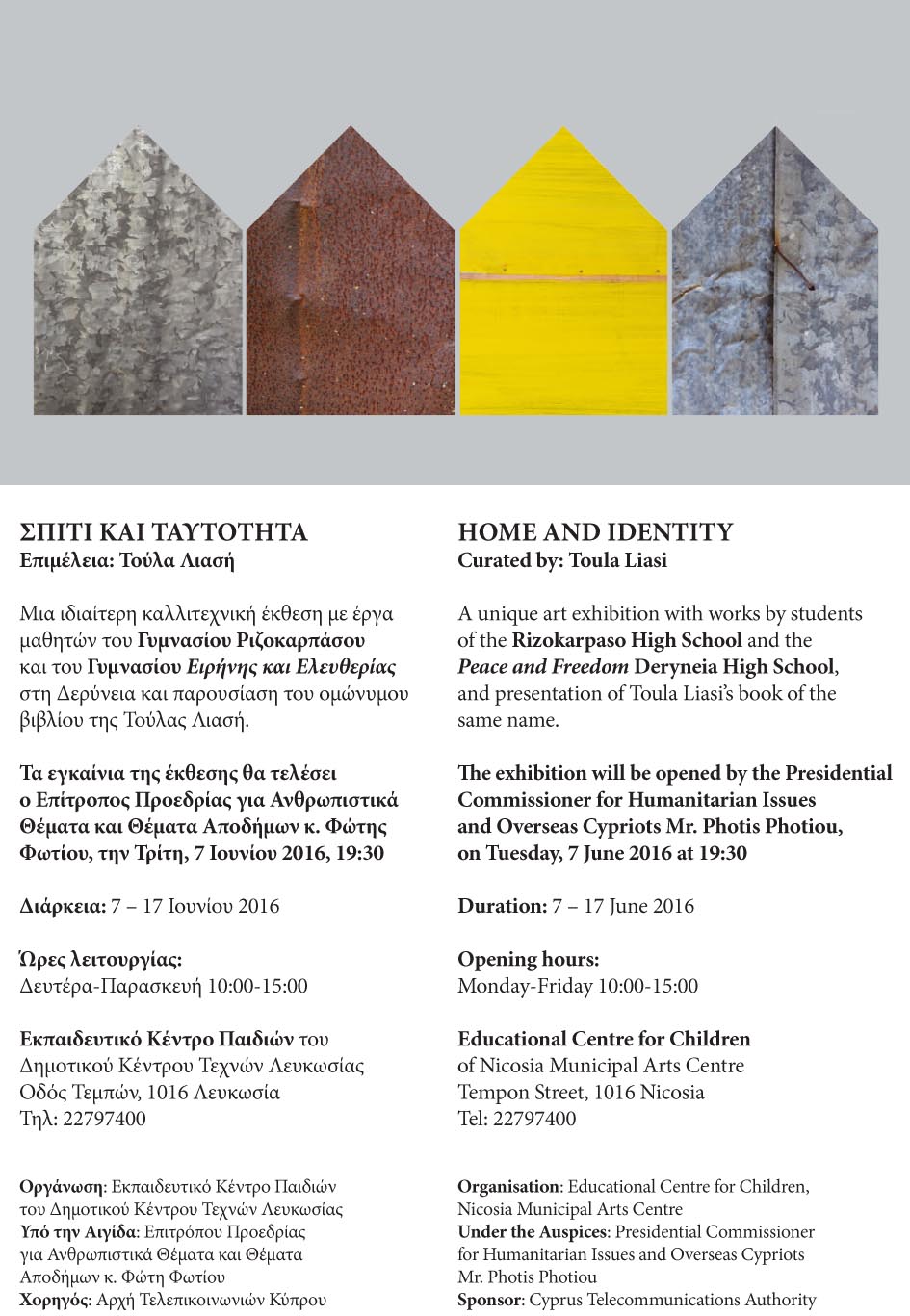