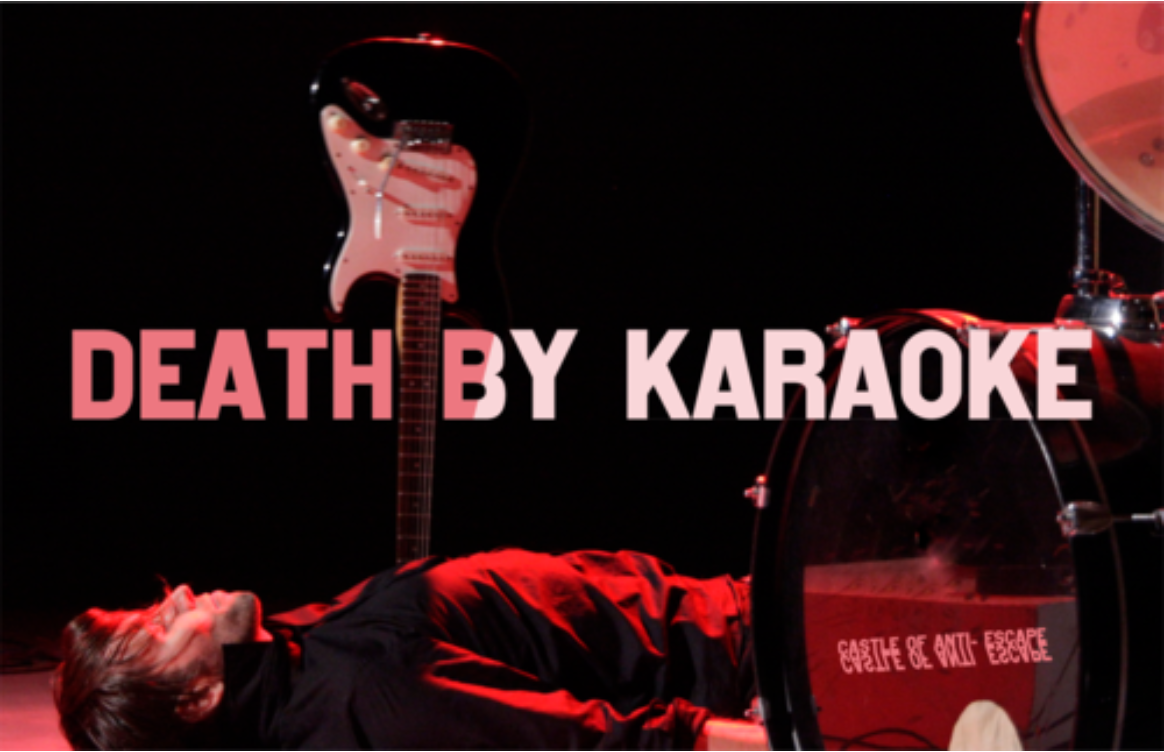 We take our fictional characters for a walk on the wild side of karaoke. Will any fantasies survive?

A performance of karaoke scenes, where identity constructions, fantasies, expectations and a house guitarist, all try to survive until the end of the song. A colourful set of characters who all seem to have difficulties mastering the social symbolic matrix, slipping in the no-man’s land between direct emotional expression and the socially accepted forms of public behaviour.

The performance was created in the frame of the “Castle of anti-escape” programme, a pelma.Lia Haraki
Production, co-produced by NiMAC [Nicosia Municipal Arts Centre, in association with the Pieridis Foundation] and with the support of the Cultural Services of the Ministry of Education and Culture of Cyprus