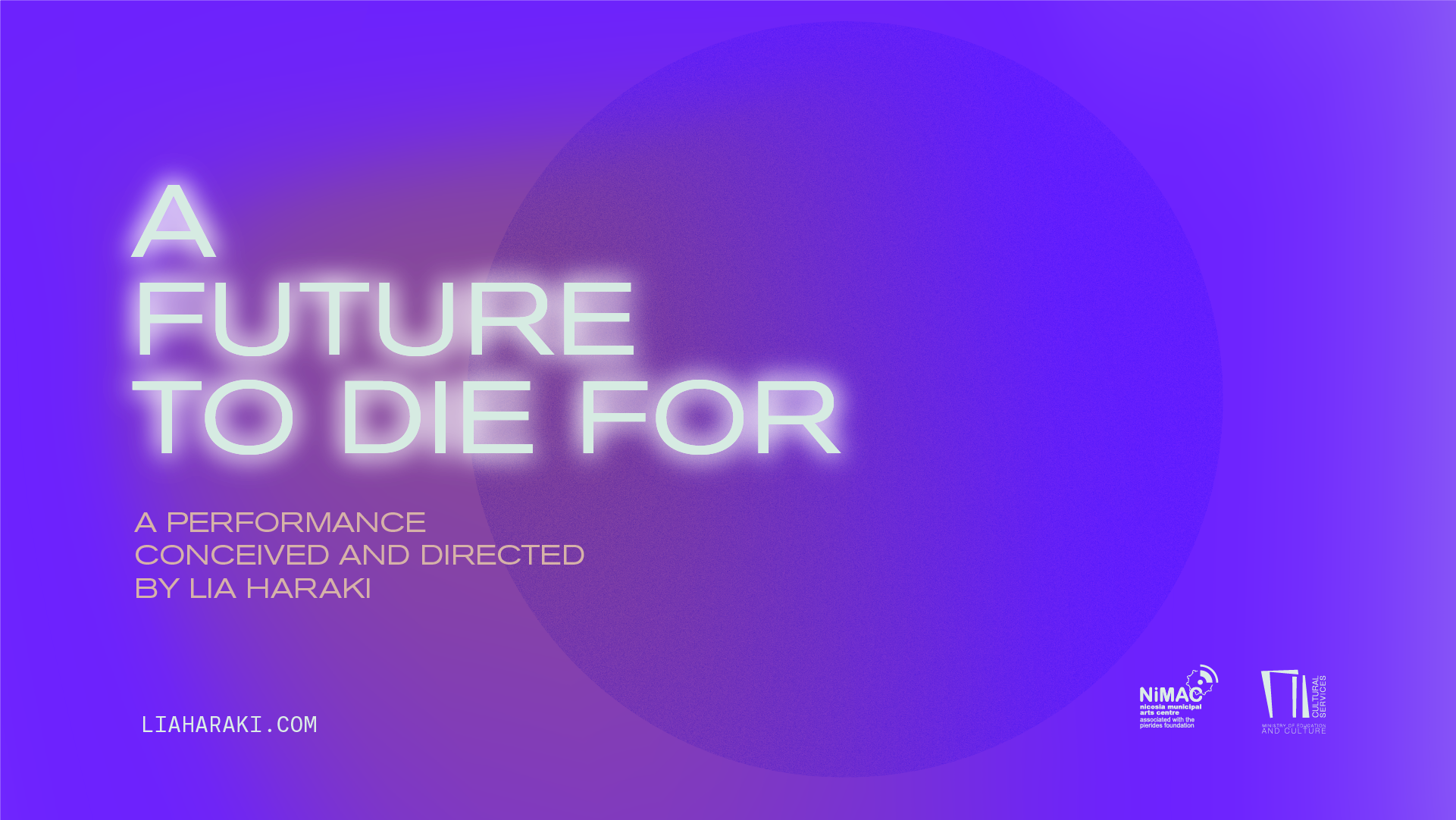 Somewhere between Paul’s ‘Twelve steps to thrive in times of crisis’ career coaching course and the pitching of the latest services and products produced especially to support humans during the almost irreversible ecological catastrophe, lies their opportunistic fuckedupdom. Are we still to function in a capitalist way in these urgent times? Are the principles of competition and division a means to survival or a way to more destruction? Would it be that now more than ever we need each other not just ethically but actually in order to avoid a very possible mass extinction?

Through the latest funeral rituals one can already plan while still alive, the special must have survival kit and the switch to a nutritious diet of vegan ambelopoulia, there is still light at the end of the planet.

Oh… and all the above to the sound of Ven’s new song ‘Homo Auditus’.

Α future to die for is a work conceived, directed and written by Lia Haraki in discussion, research and developed with the creative team of artists / performers which are Alexis Vassiliou , Andreas Kentis , Arianna Marcoulides and Eleana Alexandrou. The text and movement were developed and adjusted in collaboration with the performers.

Pandjarou and Maria Efstathiou helped in production on behalf of NiMAC, The Nicosia Municipal Arts Centre, associated with the Pierides Foundation. Τhe guest artists appearing are Aleksandra Borys on screen and Sakari Laurila on guitar. The lyrics and composition of the song ‘Homo Auditus’ were created by Lia Haraki.

We thank the Cultural Services of the Ministry of Education and Culture who selected this project as part of the TERPSICHORE programme 2021 as well as the NiMAC, The Nicosia Municipal Arts Centre, Associated with the Pierides Foundation for their support in co- producing the performance and hosting its creation at Theatro Polis OPAP.

The performance is in English
Performances 22, 23 and 24 October at Theatro Polis OPAP at 20:30 Tickets 12 euros from the webpage liaharaki.com